When Kelly Williams decided to get married, she wanted a ring that looked like her great grandmother’s, with a cluster of diamonds.

But for tradition’s sake, she wanted something that closely resembled a family heirloom from her ancestors’ time that had been lost—a near impossibility because of its design and craftsmanship. 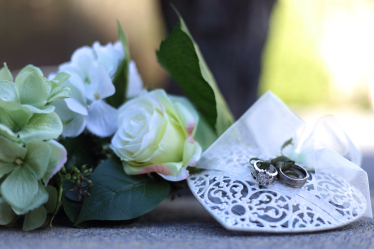 Though she had moved to Franklin, NC, the “gem Capitol” of the world, and after road trips to Jared’s and Kay’s in nearby Atlanta, GA and Asheville, NC with Rob, “I couldn’t find anything that would work,” she said

Ms. Williams was pretty specific about what she did want however. After all, the textile major from Florida State had designed and had made her wedding dress. The satin, lace, and pearls were carefully chosen by Ms. Williams, and every seam and every inch of the lace overlay gown in a slim-lined bodice cut with a lace-up back was hand-stitched. 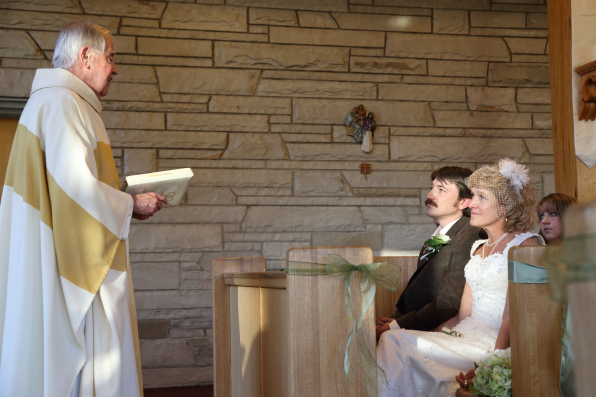 Kelly and Rob getting married by Father Cahill. Photo by Anna Kaster.

Mr. and Mrs. Williams took to the Internet next, and they found TwoBirch, a company that sells ring enhancers and ring guards that can change the look of any piece of jewelry.

It was the only company that offered a fitting kit, for $9.95— that would allow her to make a wax-like mold of her engagement ring and have it fit exactly inside the ring enhancer of her choice—without damaging her ring.

After sending the mold back, through “perfect fit technology,” she was able to view the mold on the Internet with any ring guard or enhancer.

Her encounter with Rob had a touch of fate.

As a young teenager, Ms. Williams traveled to Franklin, NC, from her hometown of Dunedin, FL for a 30-day backpacking trip. She never forgot the beauty of the landscape, the majestic mountains and lush green tress and foliage, and how good it made her feel and she said, “I promised God one day I would come back.”

Fourteen years later, after a successful career in retail, but at a low point in her life she decided to return to the beautiful countryside that had so enthralled her and given her peace.

She rented a house that dated back to the Civil War, and got a job paying $400 a month. “My parents thought I was loco,” she said.

Many years later after extensive work in the non-profit field, Kelly found herself in between jobs.

“Friends of mine own a business and asked me to step in and help out.” And then she met Rob Williams. “God put me there out of my element so that Rob and I would meet,” said Ms. Williams.

In addition to helping out her friends, Ms. Williams came to loving nature, and often fed the birds outside her window. Eventually she designed a special birdfeeder that she is in the process of patenting. 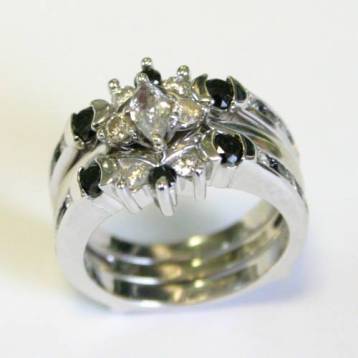 The couple had a happy relationship for seven years. One day, Rob surprised his wife-to-be when he concealed her engagement ring in the bird feeder. “Quick Kelly,” Mr. Williams called her outside, “Something’s wrong with your bird feeder.” Inside was the marquis diamond ring.

Although it was beautiful, “Rob got worried that he got me too tiny of a stone,” said Ms. Williams who told him, ” Honey this is perfect, it is exactly what I wanted and it fits my hand really well.” 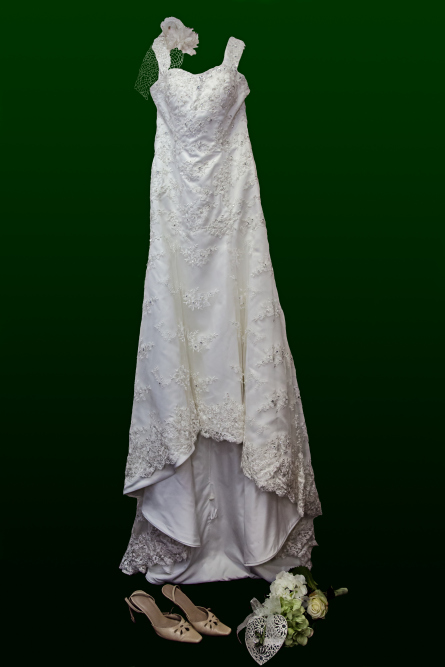 But she still could not resist the temptation to adorn the ring with top and bottom elements so it would more closely resemble her great grandmother’s wedding ring.

“I found the ring I wanted, and I said to Rob, let me just try this,” she recounted. “We did it together, sitting at home,” she said, describing their search on the Internet for the perfect compliment to her ring.

After ordering the kit online from TwoBirch, Rob and Kelly made a wax-like copy of her ring, and sent the figure back to the company.

In a couple of days she was able to view the copy online with a number of ring enhancers, and using perfect fit technology, chose a black and white diamond ring guard for $1,100. It is made with ten-carat white gold.

In a community where many residents are artisans and jewelers, Ms. Williams says she gets tons of compliments: “They looked at the ring and said, ‘Oh, my goodness this is exquisite, you didn’t do this on line?’” and I said “Yeah, I did.”

“Nobody can believe this is the quality of the ring we got on line,” she added.

Invitations to the Williams’ wedding were equally as carefully thought out, and tied with a bow by the couple together who had invited “everyone who loves us and everybody who wanted to come,” and asked that they bring their children.

The Williams got married on April 25, 2014, in the local church Saint Margaret of Scotland in a ceremony presided over by Father Cahill.

For the kids, who felt more like they were arriving at a big party than a wedding, there was a baseball diamond prepared out back, as well as crayons and coloring books, and a huge standing easel to draw on—the back of the barn, said Ms. Williams.

“It was simple, very elegant, and very peaceful, and you could feel all the love, she added. 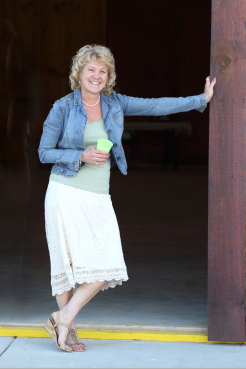 Kelly Williams at the reception. Photo by Manas Karekar

Said Kelly by email, “Choosing and working with Twobirch, is NOT a normal Internet purchase or experience!!!! Their customer service is excellent, over the top. And, the fact that as a couple we were able to design our ring to our taste, style and color–we really received a one of a kind, truly customized, high quality craftsmanship wedding ring!! No one else in the world has a ring like ours!!!! Totally unique like us!!”

There are no comments

Hi Sheila, It depends on the setting style. Can you email a picture of your ring to support@twobirch.com?

What ring wrap/enhancer will work best with my 1Ct pear solitude? Thanks

Patricia on 09 May
Solitaire Enhancers to Style Your Wedding Ring

I received a beautiful 7.25 moissanite forever brilliant today. This is a STUNNING ring I absolutely love love love it ! I have a diamond band